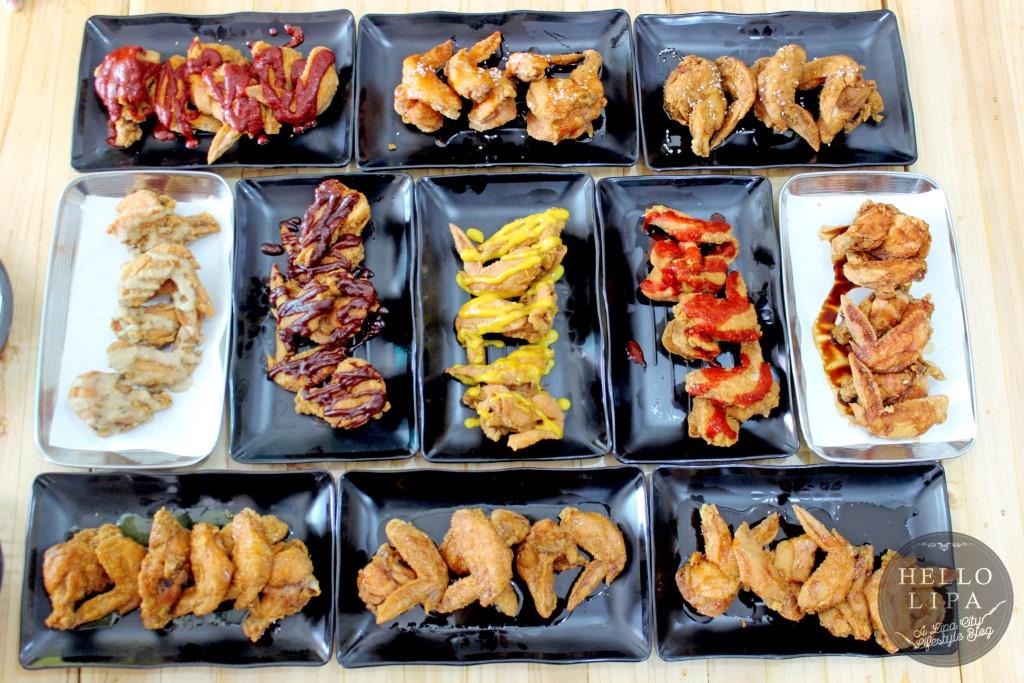 I’ve seen Wing Bites on my Facebook feed several times before. Judging from the number of people sharing pictures and experiences about it, it’s quite obvious that it has a massive, almost cult-like, following in Manila.

Well, Wing Bites Lipa is now here, and it’s about to establish its own massive following.

Wing Bites first started in Muntinlupa. Since then, it has grown at a steady rate to now when it has the following branches:

Wings Bites is known for their unlimited wings. No, it’s not a limited time only promotion. That’s their main offering! No wonder people have been lining up at their locations, and now they’re in Lipa City! 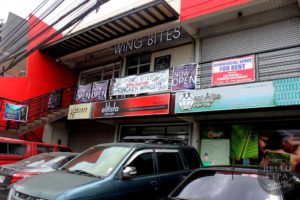 Wing Bites Lipa is located at the 2nd level of the ELN Centro Building along Paninsingin in Brgy. Tambo. It’s almost in front of De La Salle Lipa’s new gate, which means that you can expect students to go in droves. But really, it’s not just for students.

The place can sit 40 to 50 people comfortably. It’s really designed for groups both big and small. There was a family who dined at the same time as us and they said that they enjoyed their experience. 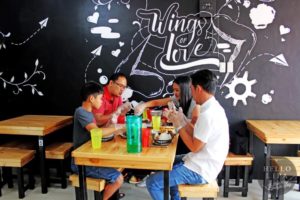 Their unliwings is priced affordably at PHP 289 pesos. Obviously you get unlimited wings which makes that price alone worth it. You also get unlimited drinks and this makes the price a steal! 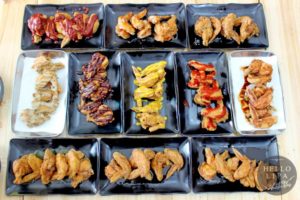 How are you going to stuff yourself with wings if you don’t like them? 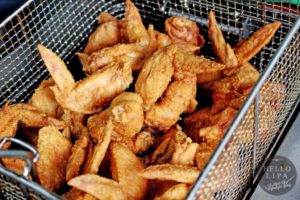 This is why I loved our experience at Wing Bites Lipa. Some places that serve wings have tasteless chicken and they just make it up with the sauces. That’s not right. We’re still here for the wings. The sauces are just there to complement the flavor of the wings.

The wings of Wing Bites Lipa are crunchy and well-seasoned on the outside and juicy and meaty on the inside. I’m not going to tell you which fast food restaurant, but its taste will remind you of a popular fried chicken joint. I can eat a couple of dozen of these wings without the sauces and I’ll go home happy.

But of course, Wing Bites aims to be different and this is why they offer a myriad of sauces that can kick up your unlimited wings experience a notch.

For me, the must-try sauces are Honey Barbecue, Mango Rojo, Spicy Garlic and Blazing Hot.  But towards the middle of our meal, I lost track of what sauce I was trying. I just grabbed whatever I can grab and enjoyed it. 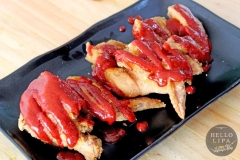 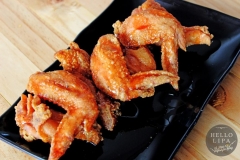 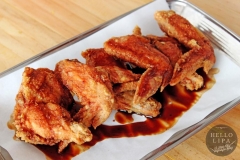 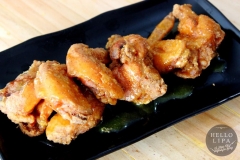 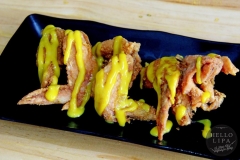 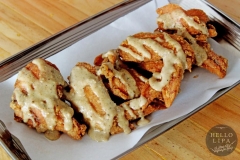 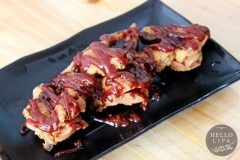 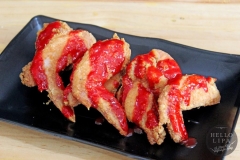 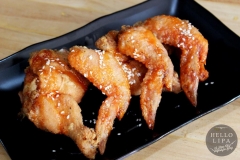 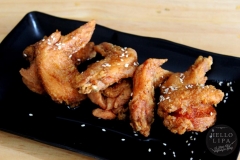 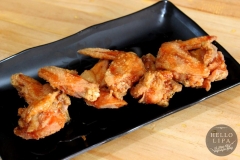 The actually do things differently. While other places toss and coat their wings in the sauces, Wing Bites simply give the wings a drizzle of the sauces. This is genius considering how good their chicken tastes on its own. This way, you still get a taste of the fried wings.

Each bite is like a rollercoaster ride. You taste the amazing sauce and then you get that wonderful taste of the chicken. It’s like when you’re in a rollercoaster when it hits you with a twist right after it zooms downward.

Come see what the hype is all about. If you love chicken wings and/or a great deal, then you should try Wing Bites today! 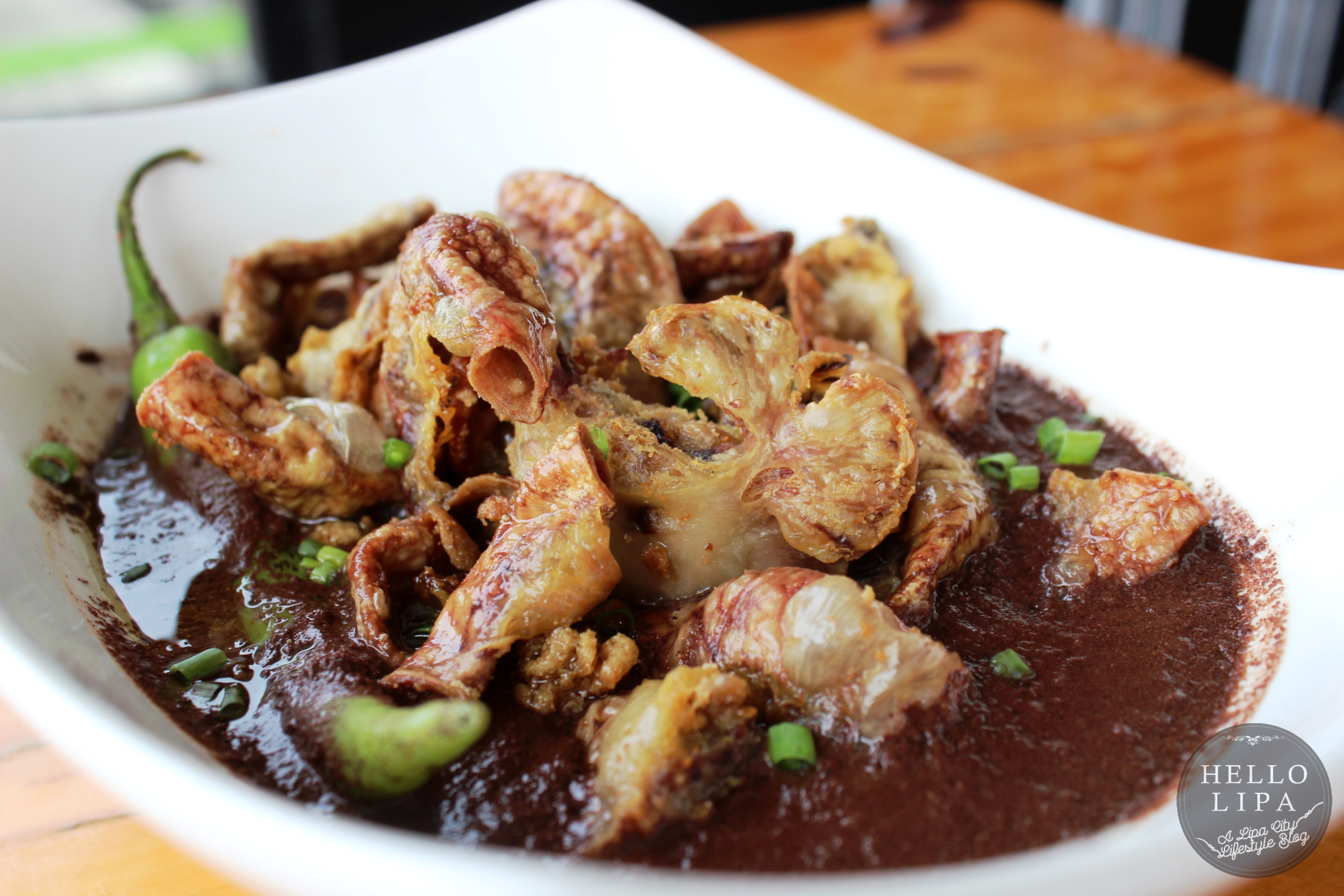 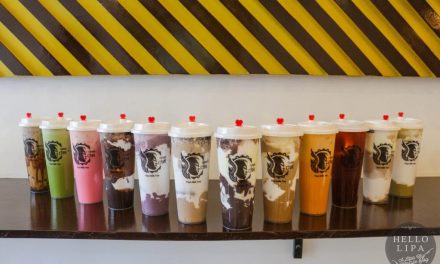 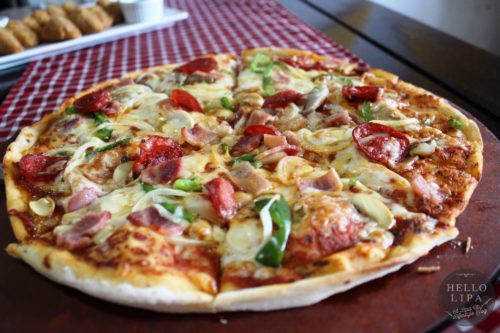