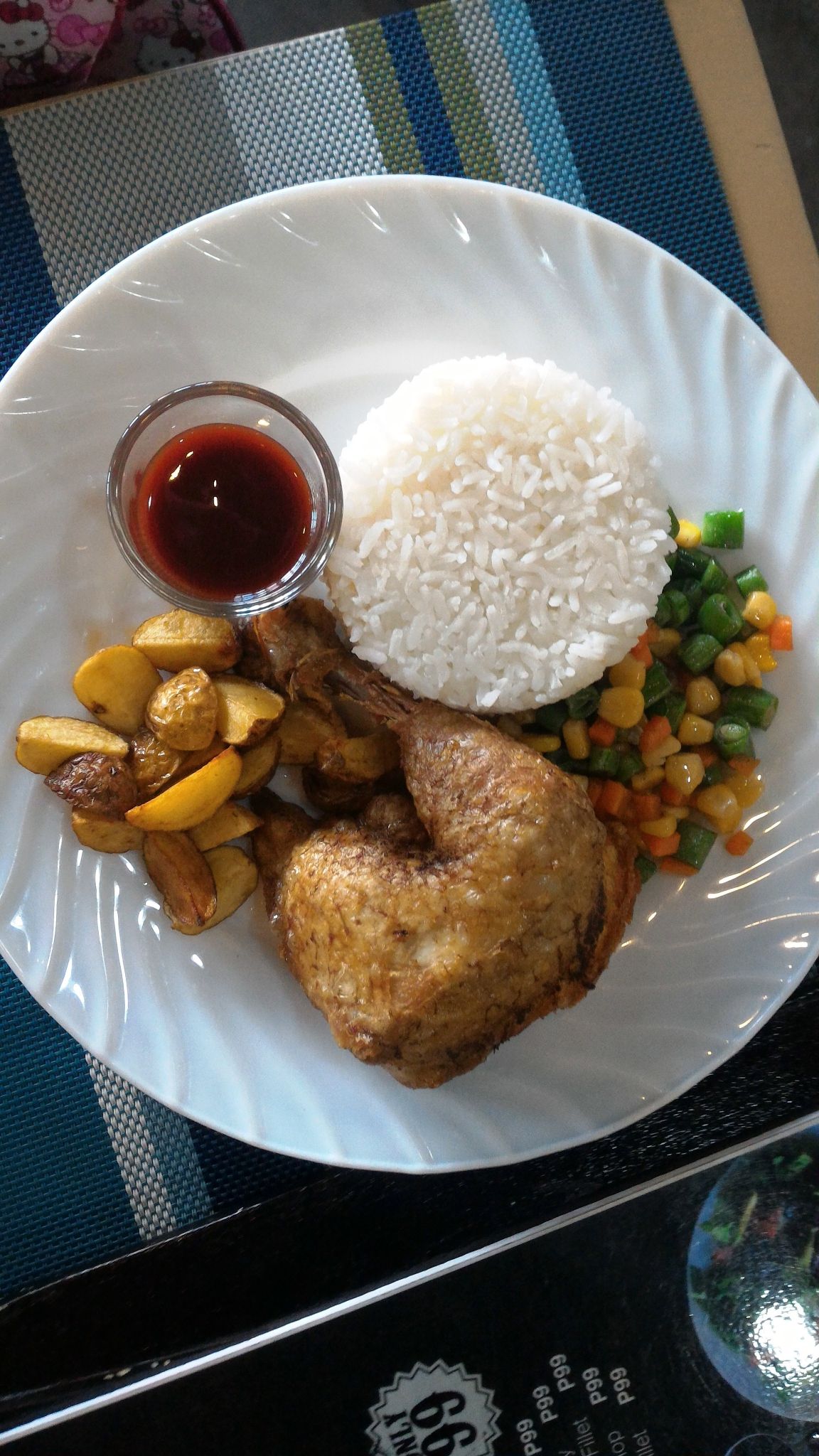 I’ve been seeing this restaurant along the busy Ayala highway for quite some time now. I’ve been meaning to try it, but haven’t had the chance. A kababata of mine has been posting about it on Facebook and since I trust his taste, I made a mental note to try it.

It took me quite a while to try it. Now, I’m kicking myself for waiting a long time to try it. Just like true love, the wait was worth it. #valentinesdayhugot

I first tried it about a month ago. It was a quick taste test, so to speak. I remember being overwhelmed with all the choices. It’s unusual for a Lipa City restaurant to offer dishes from just about all popular cuisines known to man. Since it wasn’t my cheat day then, I settled for one of their healthy Plato Specials – the Pan Fried Tuna.

As you can see, the tuna is bigger than the usual serving. This is to be expected since it’s priced at Php 149. What’s surprising is it came with a potato salad side dish which was tasty in its own right. Of course being the star of the show, the pan fried tuna didn’t disappoint. It was cooked longer than I would have preferred since I prefer my tuna a little pink inside, but that’s my fault for not telling them when I ordered. But still, it was juicy and delicious even without the melted butter that was included in the dish.

My wife ordered the Jacobus Chicken. Quick, what does this remind you of?

We all know what it looks like. It looks like the chicken served in a popular fried chicken house. I dare say that it tasted better. At the very least, it’s juicier.

My wife and I loved Boodap so much that we decided to stay in Lipa and just eat here for our pre Valentine’s Day lunch instead of driving to Nuvali or Alabang. Yes, it has a romantic ambiance. Well, not really romantic; more like charming. They also have gourmet dishes that we wanted to try so decided to have our lunch here.

It didn’t go quite as planned as Boodap was still closed when we arrived for lunch. Needless to say, we were disappointed, but the owners were quick to pacify the situation and contacted us to apologize for the inconvenience and to explain why they were still closed. We agreed to go back for dinner. After the taste test, we weren’t about to allow a small hiccup to prevent us from trying their gourmet dishes.

We already saw her picture on the Boodap’s walls so we already know how she looks. But still, we were surprised at how young she looked. It looks like she hasn’t aged even 3 years after her MasterChef stint. I guess organic ingredients will do that to you. Yes, Boodap serves dishes that use organic ingredients.

According to Chef Anne, their recipes are all original and are the pride of their family. Several of their family members contributed with their own recipes that include unique recipes like Fried Pork Sinigang. They also offer their own take on popular recipes like the Paella, Buffalo Chicken and the star of the show, the Soy Mustard Shrimp.

The Soy Mustard Shrimp is the winning dish of Chef Anne in the MasterChef Pinoy Edition Cook Off. We didn’t get the chance to try it the first time we visited because Chef Anne wasn’t available then, and she was more than happy to oblige tonight.

At Php 365, it’s one of those dishes that you just have to trust. Don’t look at the price and just indulge. After all, when was the last time that you tasted a MasterChef Pinoy Edition Cook Off winning dish? For me, the last time was…never.

We were also served the Fried Pork Sinigang. Boodap boasts of being the first restaurant to serve this take on the sinigang. Well, I love fried pork and I love sinigang, so what’s not to love?

It works! It tasted amazing. My wife, who’s not a big pork eater, enjoyed it. I didn’t ask, but judging from the taste, I’m assuming that no sinigang mix was used. They made this sinigang from scratch, with the fried goodness of the pork and mustasa providing the perfect complement.

We were also served the paella. It has crabs, shrimps, chicken and pork. They’re saying that it’s good for 3 to 4 persons, but I think it can serve up to 5 people.

We also tried the Buffalo wings. It’s not your usual maasim Buffalo wings. It has a hint of sweetness, but the sour taste from the hot sauce is still there. It’s too bad that we tried it last. I would have devoured every bit of it but I was already full from the paella and fried pork sinigang.

We also tried the wasabi tuna. It looked like laing and it was embarrassing of me to ask if it was laing. I loved this tuna dish since I love spicy food. Those bits of siling labuyo, seeds and all, were appetizing.

I was so full that I felt compelled to eat some greens to somehow counter the wickedness known as fried pork sinigang so I had some creamy greens. It’s pretty good as well.

Good Food in the Neighborhood

I have to admit that I chuckled a little when I first saw their slogan. Well, I know now that they’re just telling the truth. Like what’s posted in their restaurant, “If it ain’t good, it ain’t food.” Well at Boodap, you can enjoy good food in the neighborhood. 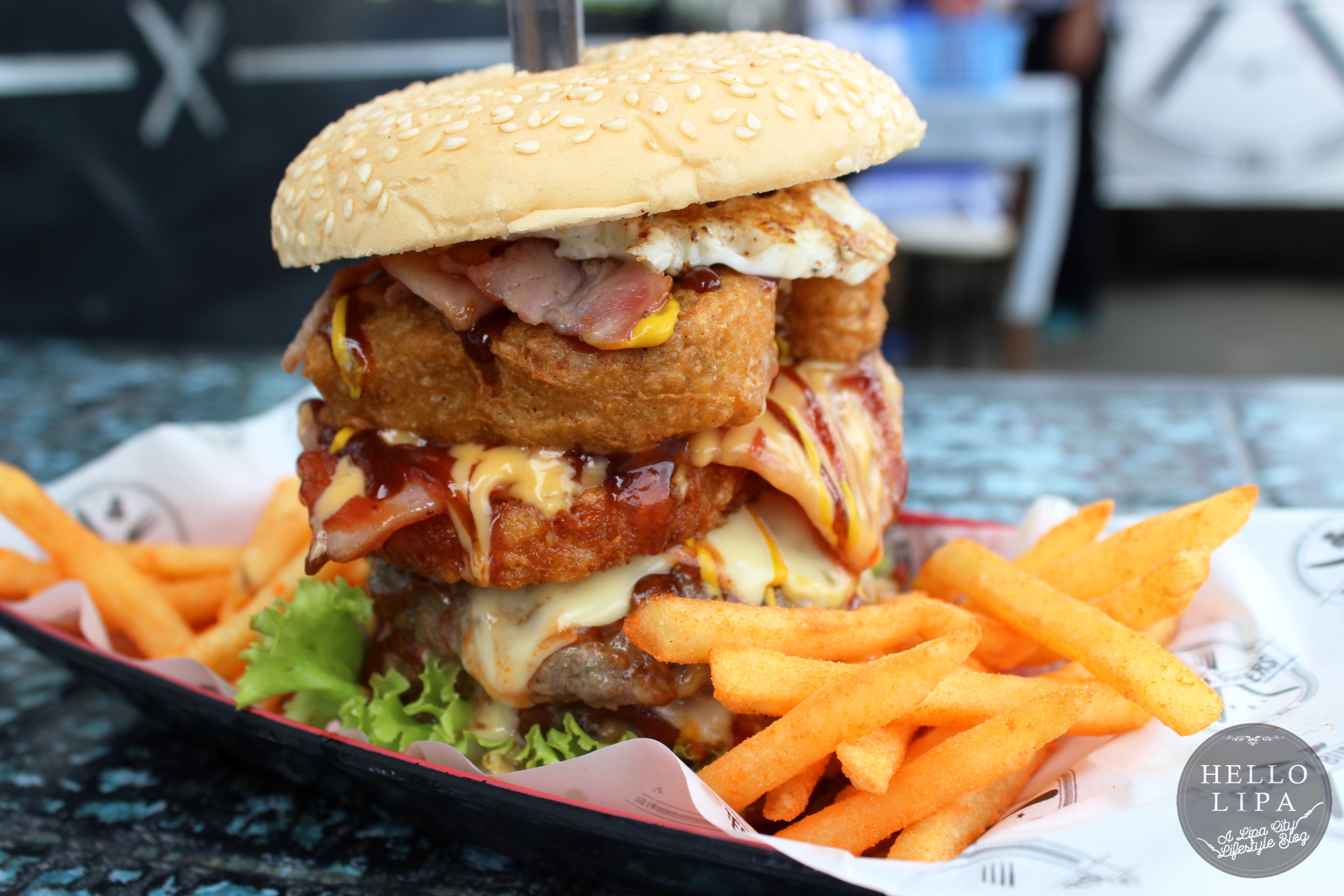 Brand X Burgers: The Brand that Started it All 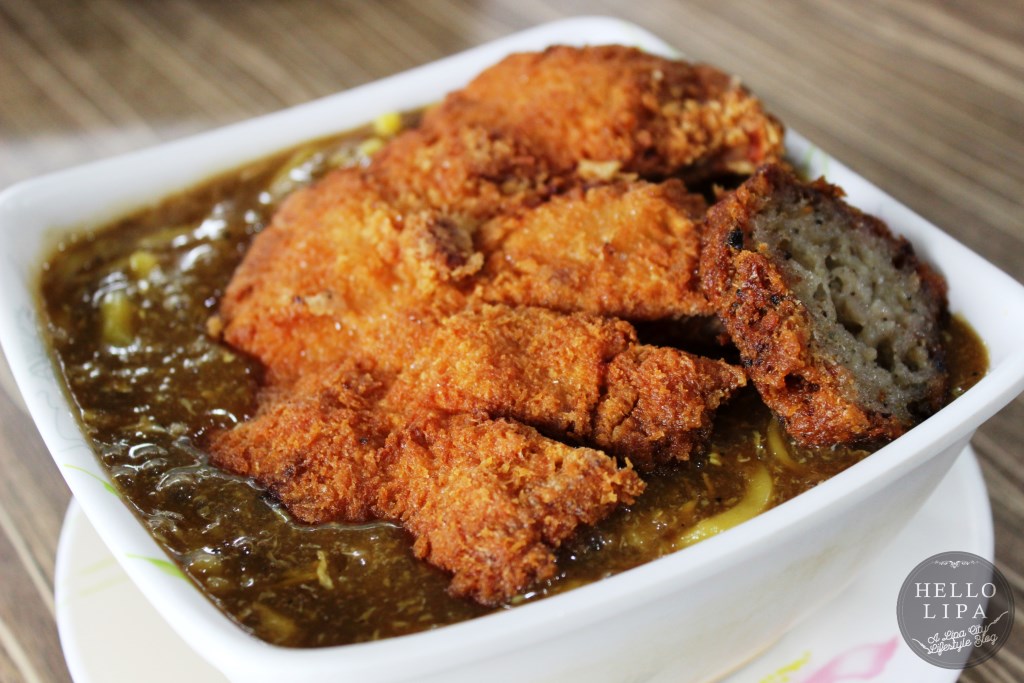 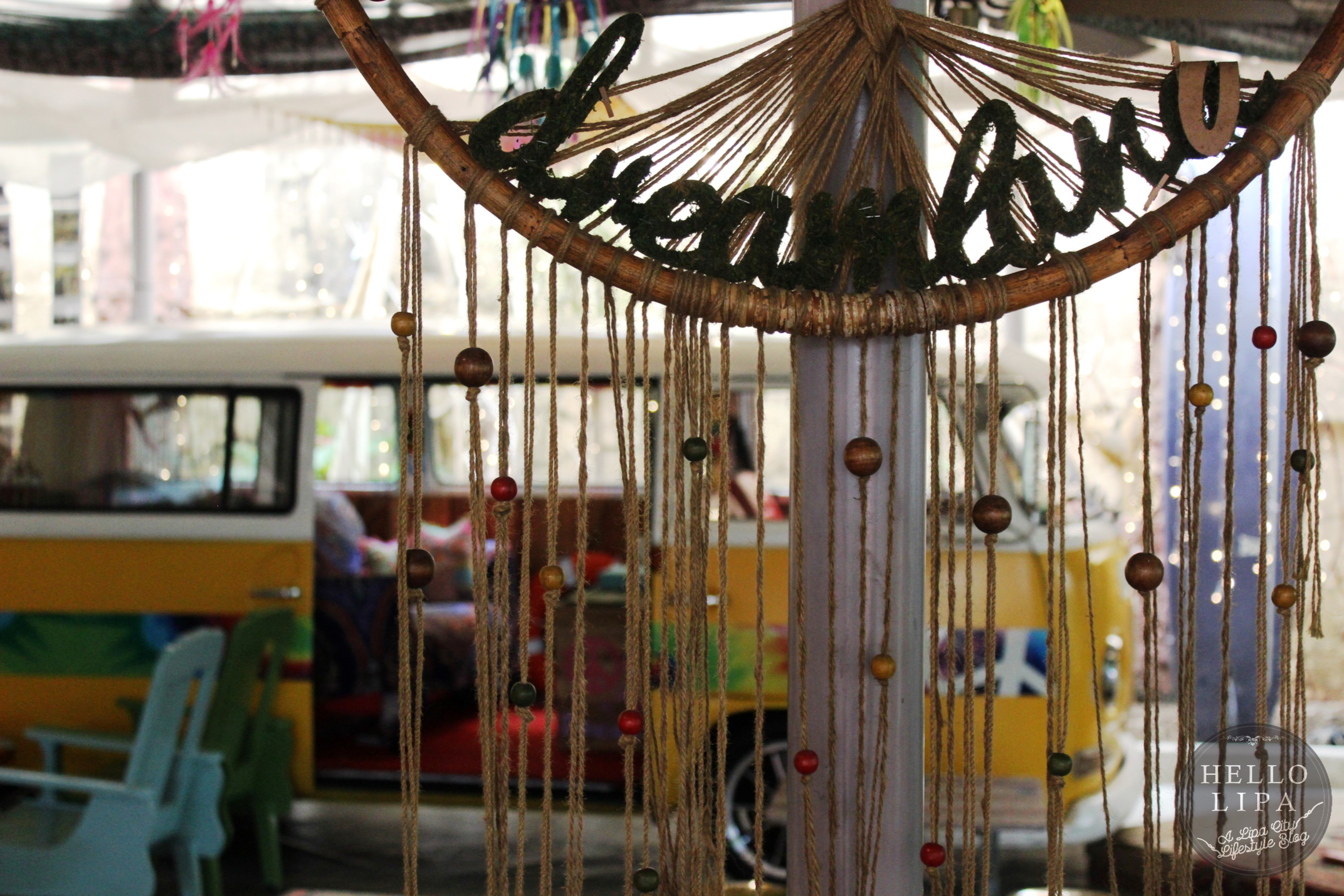 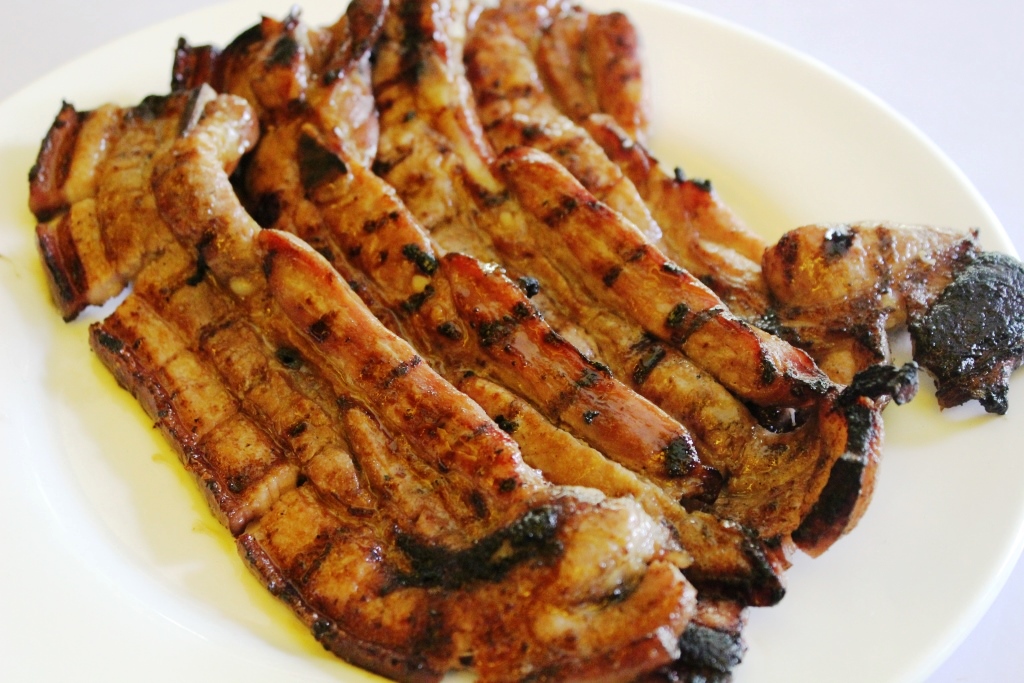 Zeelong Grill & Restobar: Tasty and Affordable Meals in the Silong