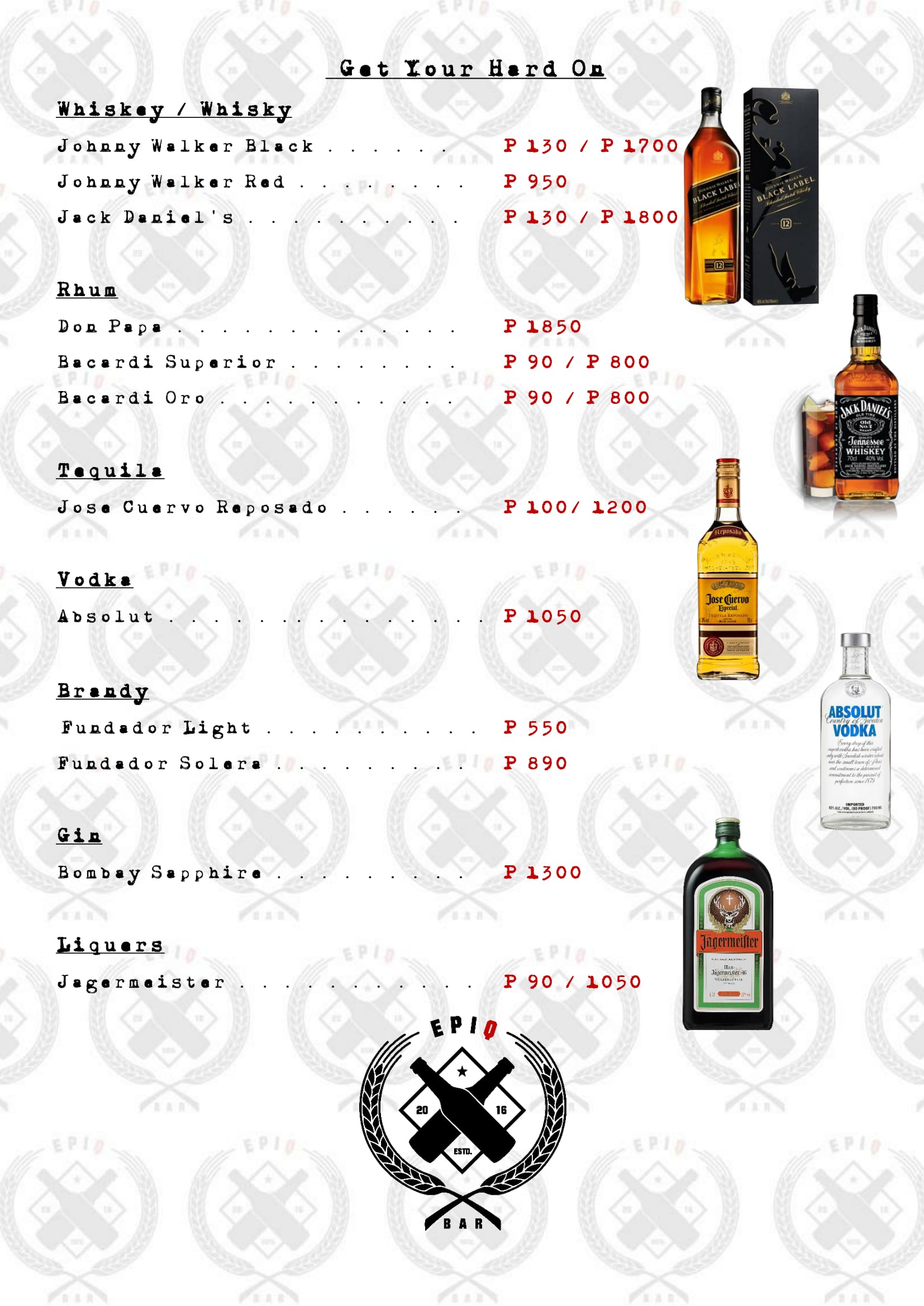 Epic nights are usually experienced if the stars align and somehow make three things present at the same night – good food, alcohol and great company. These are nights that will be talked about for years. Years from now, stories about these nights will be shared starting with, “Remember that night when…” These stories will be followed by smiles and laughter.

Unfortunately, a lot of people have lost sight of these things that make nights epic. They gather for buckets of beer to get wasted while nibbling on bar food. These nights will lead to something epic, alright – epic hangovers.

For this post, let me take you back to the night when the Hello Lipa team – a team composed of great friends – spent an epic night enjoying good food and better craft beers.

Epiq is a restobar located at Metro Events Zone in Lipa City. Owned by Eimil Hidalgo and Jasper Panganiban who are avid beer drinkers themselves, they aim to provide us Lipeños a culinary tour of their hometown Quezon, along with a beer tour around the country courtesy of up-and-coming small and independent craft breweries in the Philippines.

Their food menu offers popular dishes from Quezon. One can sense how proud they are of these dishes, seeing how their eyes lit up when they started talking about their specialties. Admittedly, I thought that all they’re offering are the usual pulutan fares. Boy, was I wrong, and very happy to be wrong.

Of course, we have to start with the Pancit Habhab which is the pride and joy of Quezon. Served with vinegar, it will tickle your taste buds like no other.

This is something that you have to try. Yes, we love our lomi and pancit guisado, but give Pancit Habhab a try. Epiq’s version is loaded with meats and vegetables, making it a full meal by itself.

This pairing is brilliant. Drizzle a little vinegar all over the Tinapa Fried Rice and you’ll be asking for seconds!

Speaking of brilliant pairings, we were also served their Chicken Chipots paired with their Epiq Fried Rice.

The Chicken Chipots is sweet and sticky. While best enjoyed with the Epiq Fried Rice, it also goes well with beer!

They also serve pasta dishes, and not your usual pasta dishes. The Spicy Tinapasta came first.

They weren’t kidding. It’s spicy! The saltiness of the tinapa and the rich oil-based sauce complemented the overall spiciness of the dish.

Think of carbonara but instead of crunchy bacon, you’re crunching on Lucban Longganisa fried in a way that it’s crunchy like bacon.

At the end of our meal, we couldn’t believe that we just enjoyed a hearty meal in a bar. But being in a bar, of course we were excited to try their beers.

About their Craft Beers

Craft beers are more expensive than regular beers and for good reason. These are not mass-produced and they use higher quality ingredients. Produced by small and independent brewers, each bottle of beer is made with love and passion – things that the owners showed when they started talking about the craft beers.

They have a wide selection of craft beers. They carry craft beers from several breweries located all across the country. They have 30+ different craft beers at the moment, with each one having its own story to tell.

Here are just some of the craft beers that they offer.

This craft beer encourages you to procrastinate. Stop whatever you’re doing, grab a bottle, and enjoy its fragrance as you sip and savor it slowly.

We also tried the Tropic Haze.

It’s fruity with every sip. It’s a safe bet if it’s your first time to try craft beers.

We were also served the Sun Stoked.

With its citrus flavor, it’s one of those craft beers that you’d love to enjoy on a hot day.

They Also have Cocktails

Their bartender also whips up some nice cocktails. There’s the Forbidden Love.

It has red wine, mango puree and orange juice. If drinking this cocktail is forbidden love, then call me Romeo. I’m still drinking it.

It has an interesting mix of cold brew Barako coffee, whiskey, cinnamon lambanog, tableya syrup and egg white. I liked it!

Last but not the least, we also tried the Scupid Love. 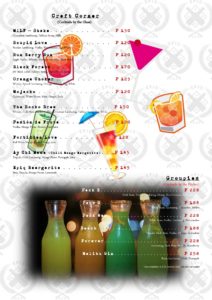 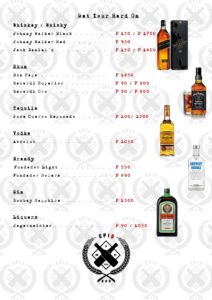 It’s time to bring back and stay true to, “2 bottles lang ako.” There’s no better way to do it than to explore the world of craft beers at Epiq.

Gather your friends and start with a good meal as if you’re in Quezon. Once you’re full, ask Eimil, Jasper or any of the staff for recommendations for craft beers. With these many options, you have to start now if you want to find your favorite. But judging from how much we loved the 5 craft beers we tried, it’s going to be a case of finding a new favorite the moment you try a new craft beer, and who are we to complain?

I mean, isn’t that what beer drinking should be about? Enjoying each bottle? See you at Epiq!

Address: Metro Events Zone. They’re located at the back.

Operating Hours: Monday to Sunday, 5 PM to 12 AM 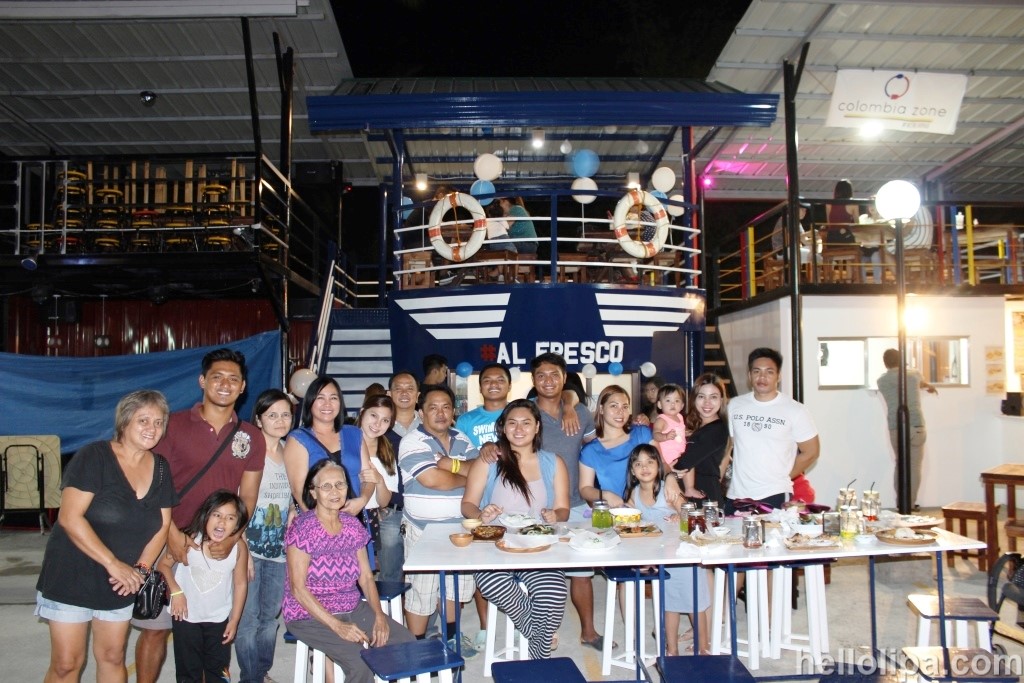 Al Fresco Galley: All Aboard for Great Seafood! 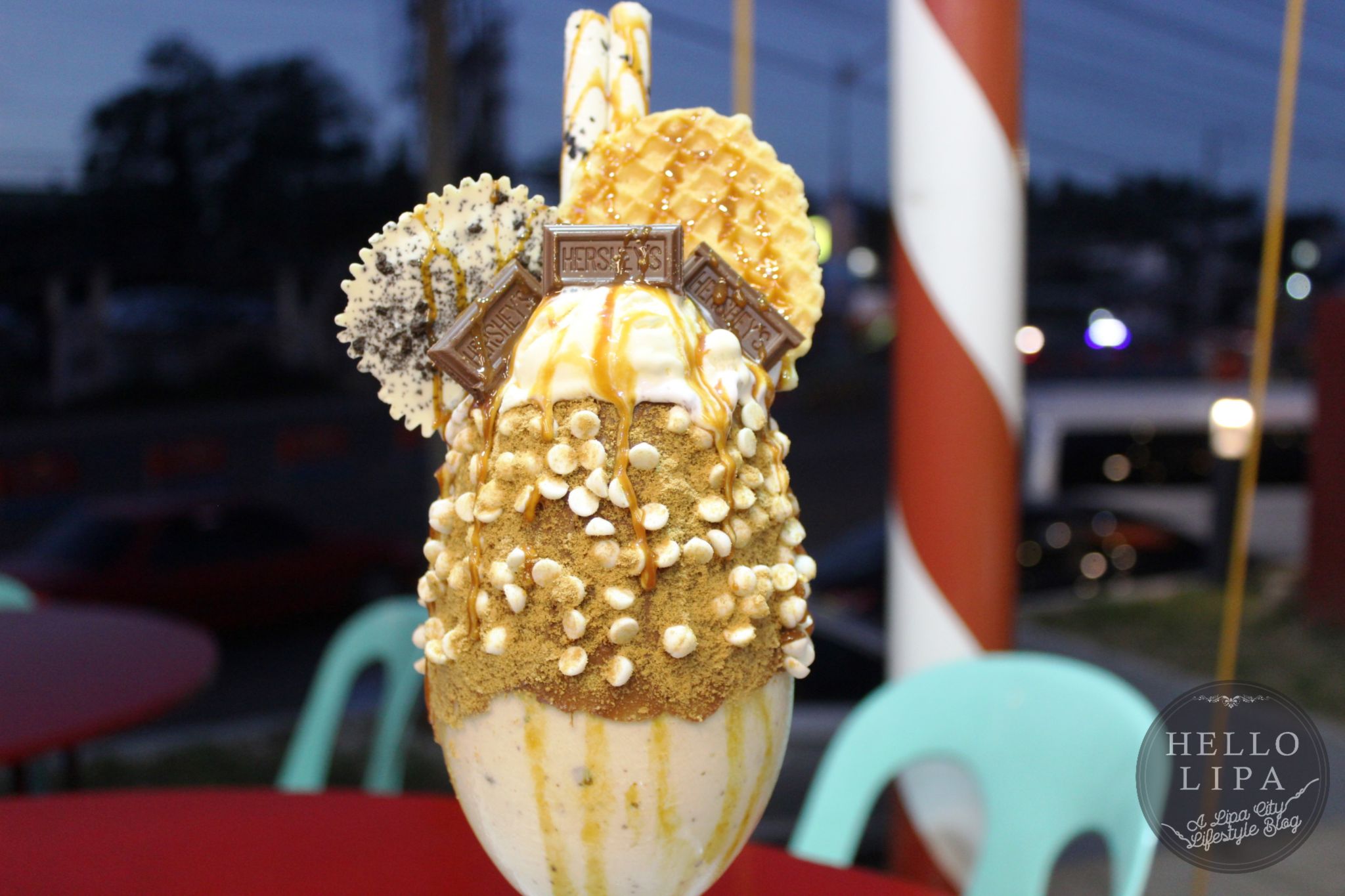 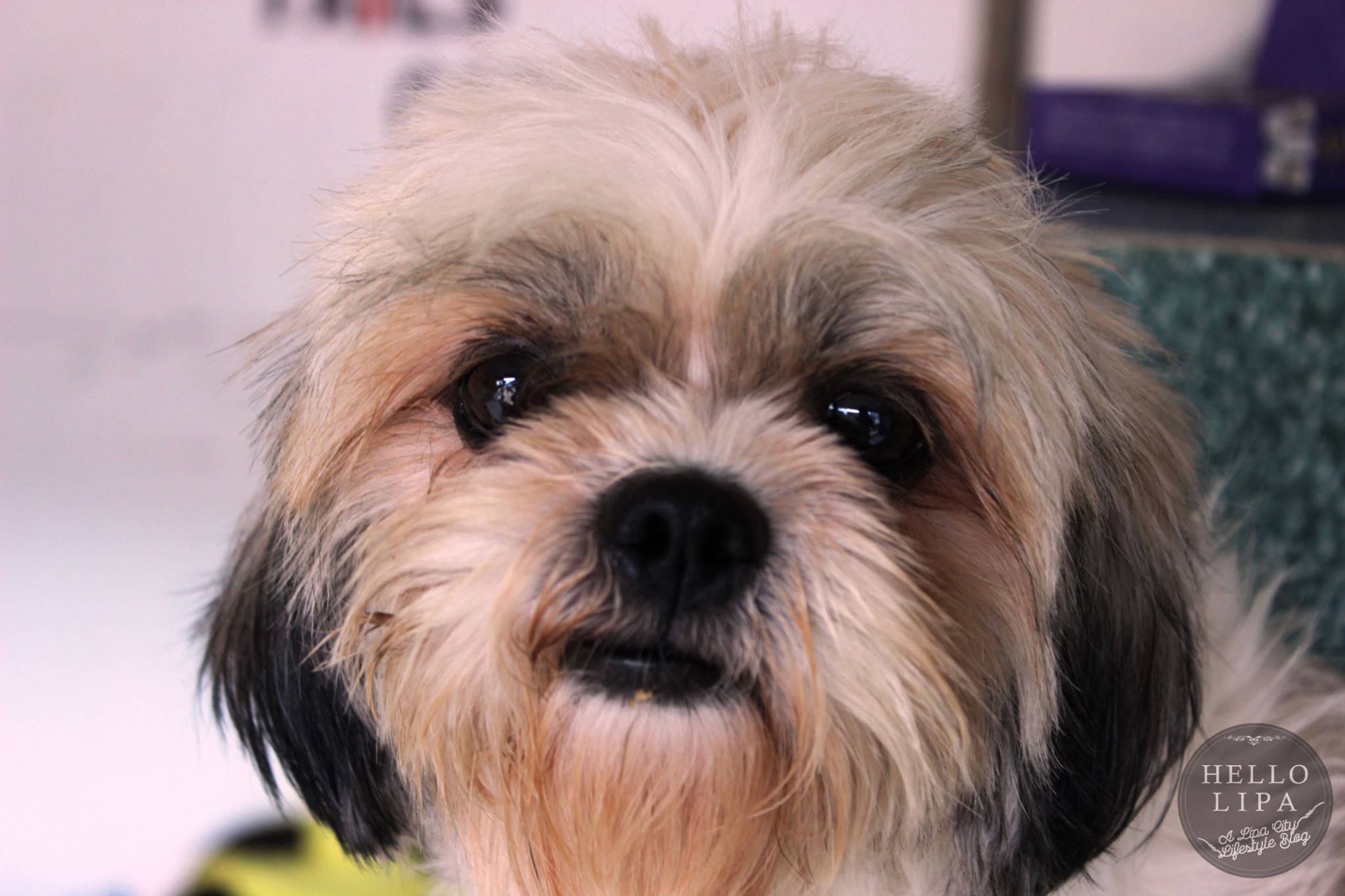 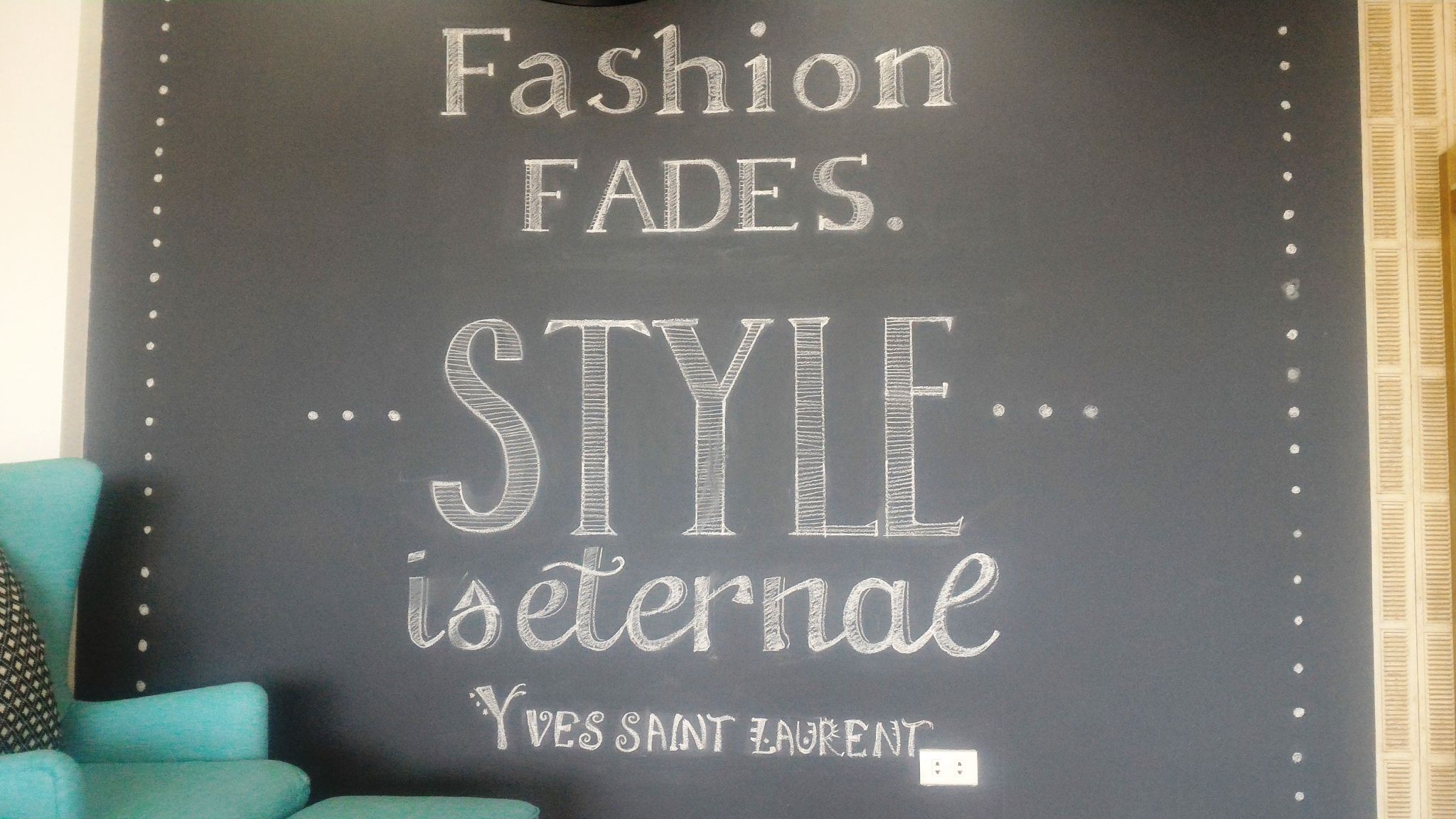