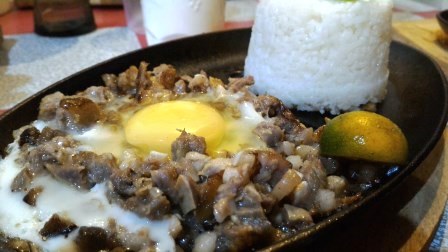 I have a lot of things to be thankful for since I’ve started Hello Lipa. Now, I’m going to add one more to the list. Thanks to Hello Lipa, I’ve discovered SizzLizz.

I’m sure I don’t need to tell you what SizzLizz serves. Yes, they serve sizzling dishes. According to their slogan, they serve the “Best Sizzling Pork Chop in Town!”

The Lizz in SizzLizz is Liezl. She owns the place together with her husband, Rico. Being self-proclaimed foodies, it was just a matter of time before they started their own restaurant. That time happened last March 18, 2016, making it a little more than a month old as of this writing.

SizzLizz is located at #558 F. Medrano Street, Bagong Pook Lipa City. It’s located in the owner’s garage and is a bit out of the way as it’s not along the main street. It’s easy to find. Don’t worry. I’ll post directions at the end of this post.

The owners, together with their niece, Aubrey, have been a long-time follower of this blog. It was in this blog where they discovered Fourth Steaks & Kebabs where they’re now regular customers. According to Liezl, she was inspired to set up her own restaurant in their garage since Fourth Steaks & Kebabs is also located in the garage of its owners.

Let’s all bow our heads and thank the culinary heavens for that.

Here’s a picture of their menu:

As you can see, they have 3 main choices – pork chop, buttered chicken and sisig. Yes, they’re all served sizzling-style.

If you’ve been a long-term reader of this blog, then you know that we’re going to get all 3. Yup, that’s what we did.

The pork chop is of good size. It’s surprisingly thick considering its price.  It was cooked perfectly. You know how pork chops tend to be rubbery when overcooked, and no one wants pink and raw pork. That’s not a problem with the sizzling pork chop of SizzLizz.

It was also perfectly seasoned. I was initially concerned that it will be too salty (because seasoning + gravy can be a salty combination). Fortunately, the owners have already perfected the seasoning such that it complements the gravy. More on the gravy later. 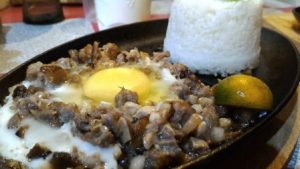 I also ordered the sizzling sisig with egg. It’s one of the best sizzling sisig I’ve tried and I’ve tried a lot of them. The serving size is pretty good. I loved that it’s not that oily and has a bit of crunch to it, but not too much that it feels like you’re eating chicharon. It was so good that I didn’t even have to slather mayo on top of it just like what I usually do whenever I eat sisig.

My wife ordered the sizzling buttered chicken simply because it’s chicken that’s been buttered and served on a sizzling plate. If that doesn’t convince you, then I don’t know what will.

You want to know what made all 3 dishes good? While they’re good in their own right, the gravy makes everything way better. They make their own mushroom gravy. Believe me. You have to get their unlimited gravy. It’s worth the extra Php 15. Just make sure that you’re prepared to order lots of extra rice.

It was a humid night so we didn’t say no to halo-halo. I didn’t count but there were lots of toppings and I’m not talking about 4 different colors of gulaman. There was even leche flan!

We were also served their own brand of pizza. According to them, it’s actually their very first business. They have their own pizza brand (Chef’s Pizza) that they franchise. They make their own dough and toppings and they have several different variations.

It’s what you’d expect for pizza at these prices. We were served the bacon pizza and the cheese pizza. What stood out is the dough. It’s crispy on the outside and soft on the inside. It’s almost like cheese bread.

A Secret Worth Knowing

Not a lot of people know about SizzLizz yet. But it’s very popular among their neighbors. I see a lot of students as their customers on their Facebook page, which means that they’re serving good and affordable food.

We here at Hello Lipa are sharing this secret to the city of Lipa. You have to go to SizzLizz and try their dishes. Let me be put on record recommending that you get all 3, pork chop, sisig and buttered chicken, just for yourself. Of course, get the unlimited gravy!

Directions: Drive towards Banay Banay. Turn right at San Vicente (the street near 7/11 and Andok’s). Go straight towards Bagong Pook. You’ll see the Brgy. Hall and then the Bagong Pook Elementary School. Turn right on the street right after that. That’s F. Medrano Street. SizzLizz is about 50 meters from the corner on your right. 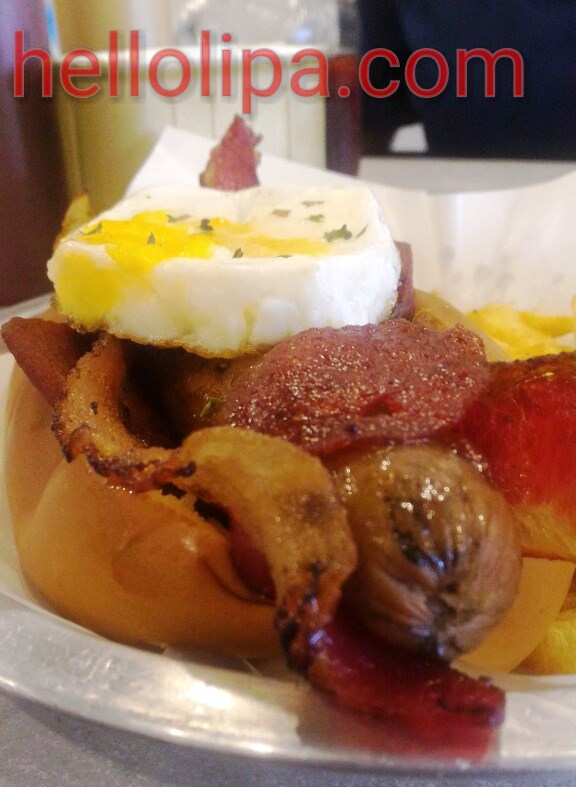 Yo Dawg Hotdogs: They’re Calling Your Name and You Better Answer

BRGR ST: From the Streets of Batangas to Lipa City 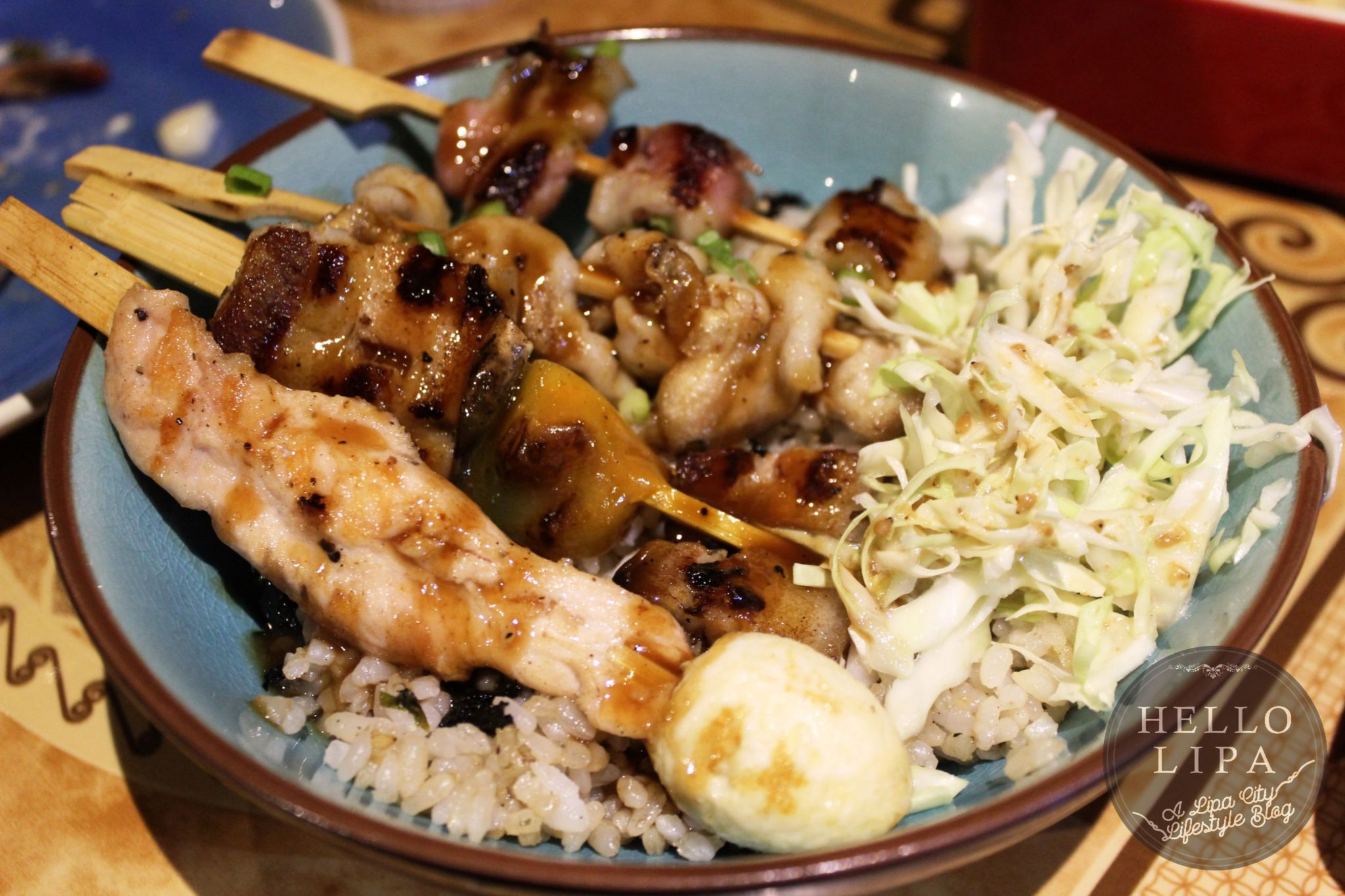 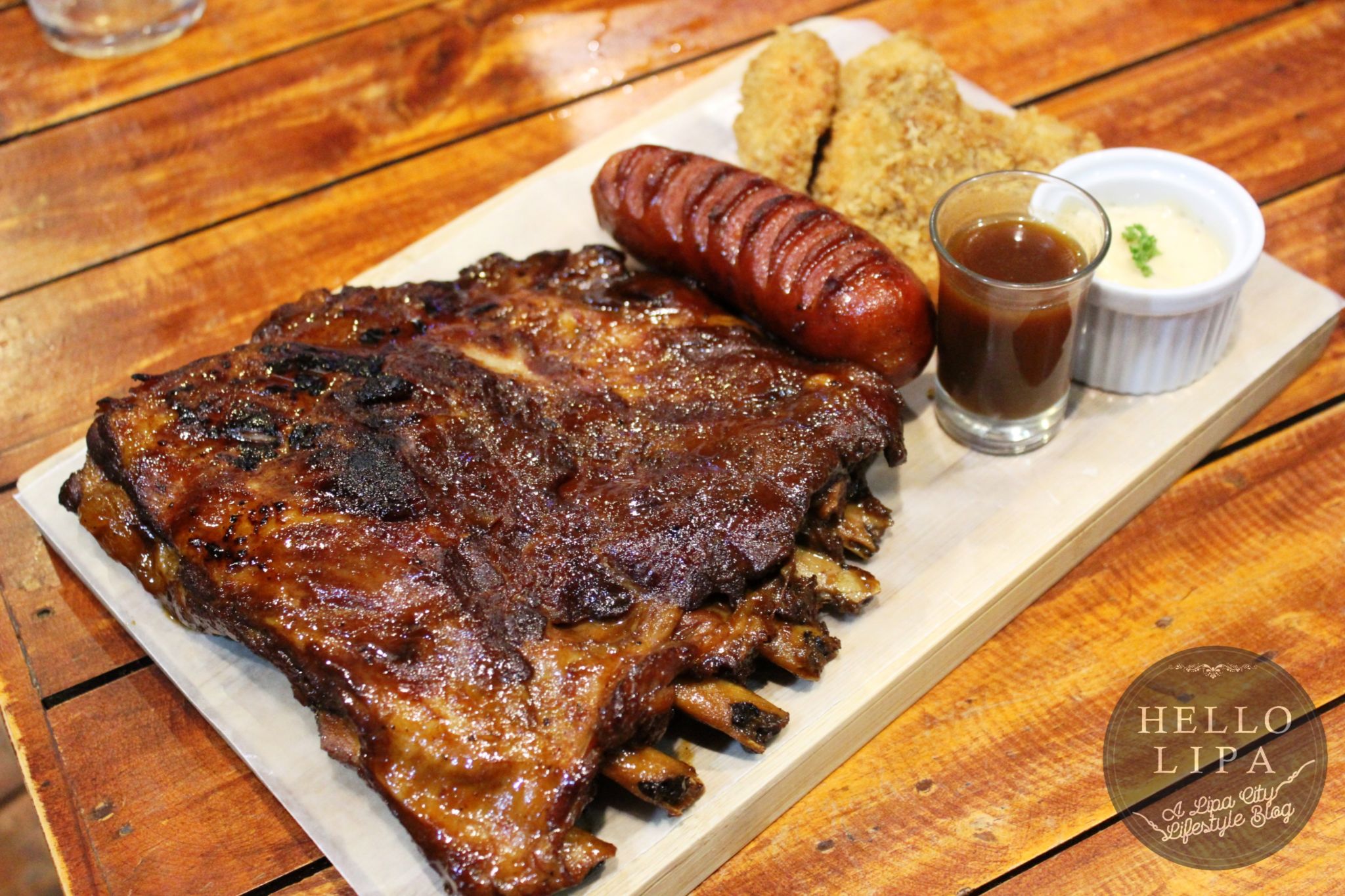