It was a grueling 4.5 month season that featured 14 teams composed of some of the best ballers in Lipa City. The Lipa Basketball Club had 10 teams, and the club welcomed 4 teams as guest teams. The season had its ups and downs. It had upsets and surprises. It had big wins and heartbreaking losses. It certainly didn’t lack in drama.

But at the end of the day, only one team can say that they survived it all to be crowned as champions – Team Walang Forever.

Rallying around their #teamlatak battle cry, Walang Forever played with a huge chip on their shoulders in the crucial stretch of the season and the playoffs as they took down the mighty Brgy. Oliks and Lions for the rights to face the 2nd ranked Shirtdeck Basketball. Walang Forever takes pride in their #teamworkbeatstalent mantra – something that Shirtdeck Basketball has also shown all throughout the season as they ended up as the surprise number 2 team.

Speaking of Shirtdeck Basketball, they’re a team that has shown that they can overcome challenges – from being a forgotten team in the preseason towards being the 2nd ranked team in the tournament and being in the Finals. They’re missing a couple of key players, but they’re not using it as an excuse. 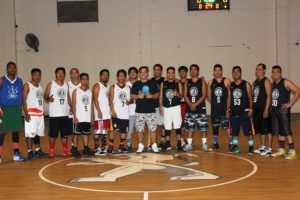 Walang Forever (light) and Shirtdeck Basketball (dark) with the founder in the middle.

All roads led to the LAX Basketball Court as anticipation skyrocketed for the Finals game. Both teams meant business, as they were already complete and warming up at the court one hour before tip-off.

The game started as expected – with Walang Forever attacking right out of the gates. The 1st quarter showed the makings of a ho-hum game as Walang Forever clearly overwhelmed Shirtdeck Basketball who was missing their big man, Joel Buena. Guard Roniel Pasahol set the tone early as he scored 8 of the first 10 points of the team built on a couple of three pointers. 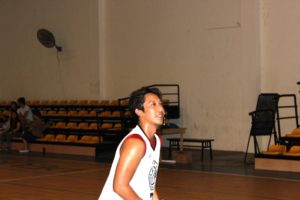 Roniel Pasahol with 8 quick points in the 1st quarter.

Shirtdeck Basketball guard Arjay Tolentino and big man Ace Agno carried the fight for them in the 1st quarter, scoring 8 and 7 points respectively.

After pacing himself in the 1st quarter, Walang Forever big man Dele Olotu imposed his height and might down low en route to 10 points. He was supported by Christopher Sombrano who scored 7 points in the quarter, with Franz Rodriguez and team captain Dino Cobarrubias scoring 4 points each. 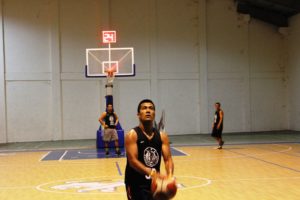 Arjay Tolentino at the Stripe

Once again, Arjay Tolentino scored in bunches in the 2nd quarter towards 9 points, with Jerus Latido adding 6 points. Even with their efforts, their team lagged behind at the end of the half, 49 – 33. 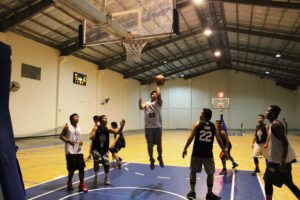 Dino Cobarrubias with an easy 2

Shirtdeck Basketball team captain Eric Bagnes surprised everyone when he pulled off a mini-Compton by calling 2 straight timeouts after Walang Forever called one of their own. It seemed like it was what they needed as they were able to knock on the doors of Walang Forever, ready to pull the rug from underneath them. Arjay Tolentino scored 11 points in the quarter, with Eric Bagnes scoring 6 points of his own. Jerus Latido made a couple of booming three pointers and suddenly, we had a ballgame as they were able to trim the lead down to 5 points.

Calling their last timeout, Walang Forever regrouped and once again followed their game plan. Dele Olotu scored 11 points in the 4th quarter en route to 31 points, helping his team win the championship and winning Finals MVP honors along with it.

The game ended with Walang Forever on top, 85 – 77. Asked for comments and the secret to their success, team captain Dino Cobarrubias had this to say:

“Number 1 teamwork. Always go hard every game. Focus and communicate with teammates,” said Cobarrubias. “And the most important thing is always enjoy each game,” he followed. 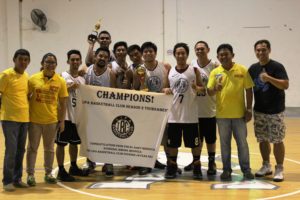 Congratulations to Walang Forever for being crowned as champions of the season 2 of the Lipa Basketball Club Tournament! They took home the championship trophy, medals and Php 5,000 in cash. 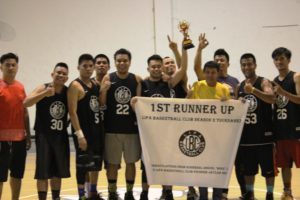 Shirtdeck Basketball as 1st runner up 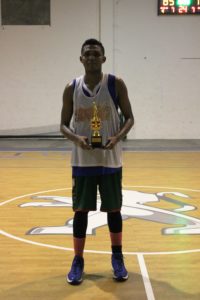 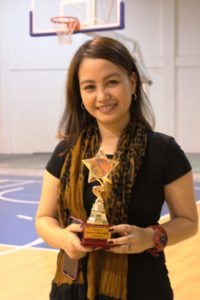 Our Face of the Night is Nicole Bagnes, the wife of Eric Bagnes! 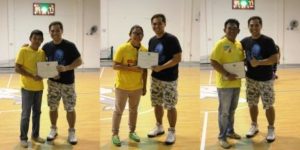 On behalf of the Lipa Basketball Club, we’d like to thank our sponsors – Fiscal Gary Mendoza, Konsehal Bibong Mendoza, Konsehal Miguel “Mike” Lina III, Konsehala Spye Toledo and Konsehal Makmak Luancing. Thank you for supporting our club and recognizing our efforts and goals of using sports for the betterment of Lipa City.

A Word from the Founder

I, Jayzar Recinto, founder of the Lipa Basketball Club (and Hello Lipa) would like to thank everyone for the support. The club owes its success to everyone who pitched in to make this league one of the best, if not the best league in Lipa City. I’m looking forward to organizing the bigger and better season 3, so stay tuned for it!

Heartbroken No More: Walang Forever Barges into the Finals by Playing Heartbreakers to League-Leading Lions